Posted by Anonymous on February 04, 2016
The education sector is a pervasive and radical change driven by innovations in technology. Various government initiatives are being adopted to boost the growth of distance education market, besides focusing on new education techniques, such as E-learning and M-learning. 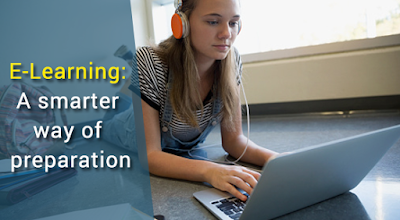 The education sector has seen a host of reforms and improved financial outlays in recent years that could possibly transform the country into a knowledge haven. With human resource increasingly gaining significance in the overall development of the country, development of education infrastructure is expected to remain the key focus in the current decade.

Institutions must respond to change in a way that helps shape the future of higher education or find themselves in the precarious position of obsolescence. As per a popular commentator in the education sector, Allen and Seaman in the US of A, 2012 was a transformative year in education. Between the introduction of the MOOC (the ‘Massive Open Online Course’), and the explosive growth in the number of online offerings, all eyes were on higher education.

India, too has officially jumped on to the open online courses bandwagon with the government announcing Swayam, an initiative that aims at providing affordable and quality education to citizens for free. The government had announced the programme as part of the initiatives undertaken by the ministry of human resource development (HRD) in its first 100 days in office with the aim to reach out to 10 million students. CBSE too is not lagging behind and has revamped its style by going online providing Textbooks, NCERT Textbook CBSE online study material etc.

Higher education with technology isn’t just about staying current on the latest tools, it’s about knowing how to successfully incorporate the best tools into your learning when and where it makes sense. Gone are the days when students need to pile into large auditorium just to hear a lecture.  By leveraging online platforms, lectures can now be pre-recorded and core content can be accessed by students anytime, anywhere, and as many times as they need.  This means that classroom time can instead be used to augment the lecture content, whether through discussion, group exercises or quizzes.  Also, since online platforms provide faculty with learner analytics, faculty now have even greater data on who is learning, what they are learning and how they are learning. So, the design of the classroom course is now ripe for innovation.  This will create opportunities as universities continue to hone in on the most effective formats for learning in the digital age while they re-think how to better use classroom time and space.
CBSE online study material

The progeny of the Himalayan nation, the Gorkha, has been acting as sentinel of India since centuries. The name has been trailed from the Medieval Hindu Warrior Saint Guru Gorakhnath. The name Gorkha has originated from the Hill town of Gorkha from which the Nepalese kingdom expanded.
The Indian Army sustains seven Gorkha regiments composed entirely of Gorkhas, who are recruited majorly from Nepal and it’s the most revered regiment of the Army. Post independence, India successfully retained regiments 1, 3, 4, 5, 8, and 9 GR whereas 2, 6, 7, and 10th GR joined the Brigade of Gorkhas in the British Army.