Posted by Princy John Simon on February 19, 2016
Sometimes when I peek into my freezer at home and look at the ice trays, I see icy pinnacles rising up from the cubes. While most people would ignore this phenomenon but to my scientific mind, it looked odd that such a shape would happen and I decided to explore. 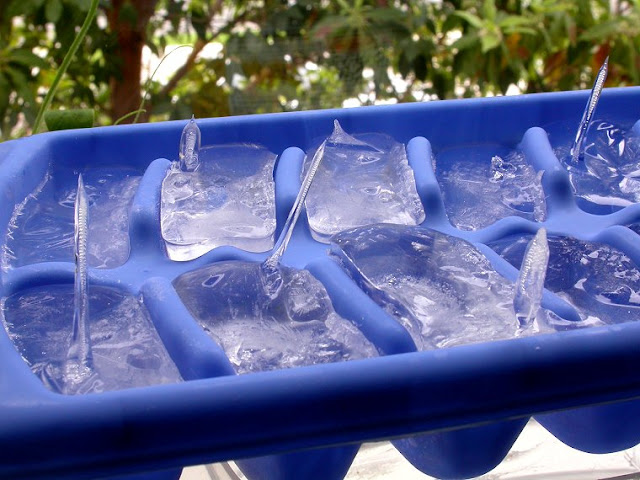 “Was it a paranormal or supernatural activity undergoing during the phenomenon of freezing”?, I wondered. Mysteries never cease to die unless science explains it. So a little bit of search into the annals of physics and a little help from my friends, helped me unravel this mystery.

According to a professor of refrigeration engineering at Dartmouth University and lead author of the book ‘The Physics of Ice’, Victor Petrenko, “the 'pointy' ice cubes are a by-product of down-to-earth primitive design of icemaker trays."

So how are the spikes formed? 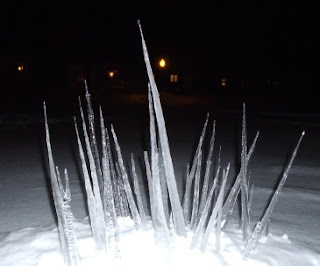 Water when put in the ice trays freezes first from the top surface that is in direct contact with the cold freezer air, from which an evaporative cooling can occur. Therefore, process of freezing of water begins from the edges to inwards. As the film of ice grows, the crystals start merging and become fixed rigidly in place. The ice molecule starts expanding laterally by 8 per cent during the freezing process. The sheet of ice continues to freeze from edges to the middle, until a small hole remains unfrozen. As the ice expands along the edges, the remaining liquid water molecules are forced inwards, until it no longer has anywhere to go but squeeze up through the unfrozen hole. Due to the water squeezed up because of the pressure, a convex meniscus is formed which bulges slightly higher than the surface of the ice. The edges of meniscus freeze and create a small dam, causing the water to rise higher. As the water expands above the ice dam, edges freeze again to form another dam above the first one. If the rate of expansion of the water is the same as the rate of freezing at the lip of the hole then this process is continually repeated. The cumulative effect of expansion, freezing, pressure form successive layers to form a tube of ice. Until the tip seals over and all the water is frozen, the ice tube continues to grow.

By default, matter tends to shrink when there is phase transition from liquid to solid state. But, water behaves in an unusual way. The molecules of water moves apart when it freezes because of change in physical parameters like temperature, pressure, density and volume at the edges and inside. When cooled down, there is an increase in the volume of matter and decrease in density unlike other matter because of the molecular structure of water when it solidifies.

The figure below shows an ice spike formed on a bird bath. In these cases the spikes are referred to as ice vases, for obvious reasons.

Icicles or spikes can be created in most ordinary freezer temperature. Some of the things that one can keep in mind to increase the chances of icicle formation are:

Provided the ideal conditions, we can get really large and amazing ice spikes.

Next time you see ice spikes hanging from a roof or a spike formed in the freezer, think about why a specific temperature is required for its formation. Ice is a fit subject for contemplation because of the way it behaves.