The furnace of Bengal Politics 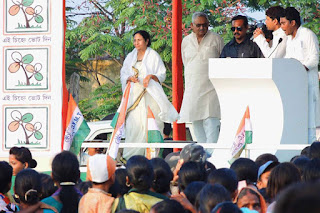 The citadel of age-old red politics in India, the state of West Bengal received a new lease of life, in the name of Trinamool Congress after 34 years of consecutive monopolised communist rule. The ruling political party, TMC is the fourth largest party in the Parliament with 34 MPs. TMC came to power in alliance with the Congress after uprooting the CPI (M). It was seen like a whiff of fresh air and a hope that Bengal would see progress and development like the rest of the country, contributing to the country’s economic fortune. Five years into the game, one wonders whether the political equation has actually changed or is it just a case of old wine in new bottle.

As the state has yet again touched the threshold of Assembly Elections, all the electoral competitors have started to seal tactical alliances with each other. However, recent incidents that have cropped in the state have posed a serious challenge to the national security, which could potentially have wider ramifications on the nation as a whole. The reports of investigating agency clearly indicate that the ruling party, TMC under the garb of secularism, has permitted perpetration of anti-social elements.
The state shares an international boundary with Bangladesh, which till date remains largely porous, permitting free entry & exit routes for smugglers. The series of bomb blasts at Burdwan, the mayhem at Malda and the Sharadha Chit Fund scam have been haunting the ruling party. The leaders of ruling party have been indicted for their role in it. The general impression from the voters in the state though, is that TMC is just the mirror of the Communist Party. 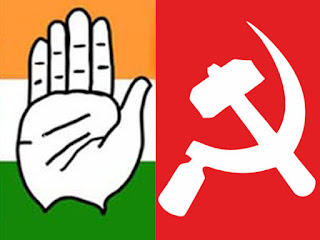 The ruling party in the centre, the Bhartiya Janata Party is upping the stakes in the upcoming assembly election and it is seen to be a highly polarised battlefield with the influx of Bangladeshis in the state has made the state a clandestine workshop of Jamaat-ul-Mujahideen, a jihadi organization of Bangladesh.

The vulnerability of the Mamta Banerjee’s TMC will further be challenged by the Gorkha Janmukti Morcha (GJM) in Darjeeling and has been at loggerheads with her. Now the GJM happens to be an ally of BJP and has one of the two constituencies in the entire Bengal, to be held by BJP. The revival of the communist who had brought this state to knees and that which had once acted as a furnace for the entire India is very dim. The same is true for the ideological social nemesis, The Congress, as both nurture themselves under the umbrella of socialism and secularism. 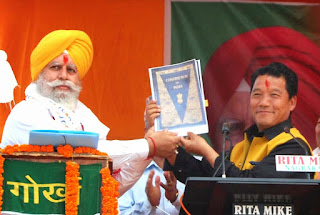 With the coming of the spring season, this election has all the potential to bring out a new colour in Bengal, a land that has witnessed Red, Blue, now saffron and green. But the quintessential ‘Mishti Doi’ and ‘Rosogolla’ will be gulped only by those who can quench the political appetite of the native Bengalis there.